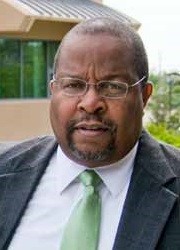 On March 19, 2009, a riot erupted inside the maximum-security section of Kern Valley State Prison. One inmate was stabbed to death, 17 others were injured. For Ken Hurdle, chief ombudsman for the California Department of Corrections and Rehabilitation (CDCR), it would be another long day at the office.

As chief ombudsman, Hurdle’s role is to investigate occurrences such as the one at Kern Valley—or any of California’s maximum security prisons—and provide advice and suggestions to the secretary of CDCR regarding how the situation could have been better or differently handled.

Hurdle and the 11 ombudsmen (or “ombuddies” as he likes to call them) who work within CDCR act as an independent entity, advising on a broad range of sensitive issues related to California’s maximum security prisons. “We are basically the eyes and ears for CDCR,” states Hurdle. Recommendations for policy changes or additions are made based on Hurdle and his co-workers’ ﬁndings.

“I believe civil service is the greatest service a person can perform,” says Hurdle. “Serving others and giving back to people is a humongous thing.”

For Hurdle and his ombudsman staff, work is often a 24/7 endeavor, especially when riots occur. Hurdle says it takes careful consideration and a need for circumstantial ﬂexibility to keep him and his staff grounded during such times.

“Life inside a 24/7 organization is difficult,” Hurdle states. “You never get a chance to wind down unless you know how to take care of yourself.” He is very sensitive to the strain the job can put on his staff, and the pressures of public service.

“People place a huge amount of trust in us,” he says. “I don’t want folks to wake up and say, ‘We are wasting our taxpayer money by having Ken Hurdle and his ombuddies employed.’ I believe we have to give the best customer service in the world in order to be successful. That means taking care of our people.”

Not only is job stress a fact of life for Hurdle and his ombuddies, attrition is another challenge. “We had a lot of folks that were going to be eligible for retirement,” says Hurdle. “We needed to come up with some sort of program to build our bench—our next generation of employees.”

Hurdle was asked to research various training programs being used within California state government that could help improve the leadership skills of CDCR staff. Caltrans was using a program developed by CCE which was particularly impressive. “It was a good program because it was based on some very good research,” Hurdle recalls. “I also liked that it was conducted in a university environment. It was an opportunity to show our people we respected the value they brought to the department enough that we would give them something special.” 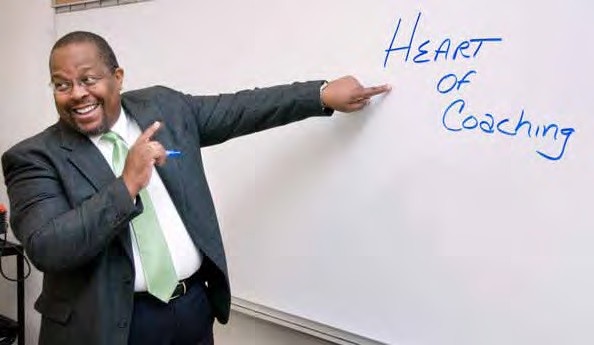 Hurdle and others in CDCR approached CCE about putting together a customized program based on elements of the Caltrans program. “We wanted to use what Caltrans did as a starting point, but we needed to tailor it to our needs,” he states. “We work differently than Caltrans—we have different issues. We also knew this would be a living, breathing program so we didn’t want something off the shelf.”

As a result, CDCR and CCE co-designed two training programs to fit their unique needs— one for leadership and one for mid-level managers. “Offering multi-tiered training within an organization is a powerful tool for change,” says Christine Irion, extension programs director.

To make the training more accessible to CDCR employees in southern California, CCE partnered with California State University, San Marcos to deliver the leadership program on its campus. “Delivering the program statewide brought the customized training to the CDCR employees rather than requiring participants to travel to the training,” says Irion.

“The bang for the buck with the program has been great,” Hurdle says appreciatively.

“The folks at CCE share the same vision I have and they adopted our vision without trying to change it. In fact, the leadership programs have been the number-one request from our staff because folks in the ﬁeld are saying, ‘My guy came back different—he’s doing things differently.’”

As an example, Hurdle tells of one executive who was plagued by a poor reputation and was ready to retire when she came to the program. “When she went back to work two weeks later folks called me and said, ‘We don’t know what you gave her but whatever it was, give her more.’”

This article originally appeared in the Fall 2009 issue of Access Magazine. It has been edited for length and clarity. Article written by Justine Brown.