On the Leading Edge Education and Innovation for Government Transformation 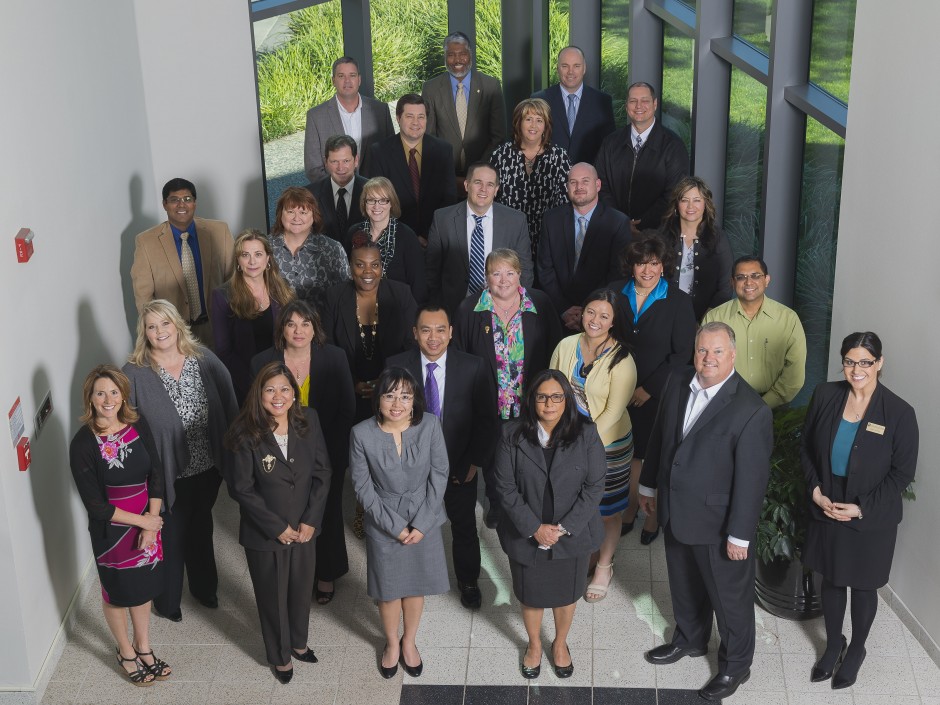 Kicking off its 20th cohort in March 2014, Sacramento State’s Leadership for the Government Executive (LGE) program has reason to celebrate. Since the program’s launch in 2006, more than 400 senior-level state employees have received the top-notch training that sets the Sac State apart as a partner that “gets government.”

LGE serves senior-level executives and managers from all branches of state government, including business, information technology program areas, and gives participants an opportunity to delve deeply into common issues faced by upper-level leaders. Courses cover everything from building a mission and creating vision to instituting organizational change, empowering employees and fostering a culture of service.

“Leadership for the Government Executive is so powerful for participants because it enables transformation and truly gives them opportunities to make a difference,” explains Keirsten Quest, who co-teaches the program with Dr. Chris Sablynski. “They are equipped to communicate more effectively within their state agencies and foster team and goal-oriented environments. They can listen more effectively and offer enriching feedback to others, greatly increasing their value to their respective agencies.”

Participants meet for eight full-day sessions over eight months and receive interactive instruction that integrates class time with engaging and relevant guest speakers, case studies and collaborative group discussions. Six months after graduation, the College of Continuing Education (CCE) invites participants to complete a post-program leadership assessment to identify how their behaviors have changed over time.

Many graduates do see a distinct difference in their leadership style, becoming more collaborative and empowering for their employees. “Too often in state government we focus on being managers instead of leaders,” says Eric Lamoureaux, inland regional administrator for the Governor’s Office of Emergency Services and an LGE cohort 15 alumnus. “LGE afforded me the tremendous opportunity to become attuned with what it means to be a successful leader. I’m now uniquely positioned to tap my leadership strengths to help manage cultural and organizational change within my department.”

CCE launched LGE in 2006, and its companion programs Leadership for the Government Supervisor and Leadership for the Government Manager in 2008, after Clark Kelso, then California’s chief information officer, and Will Bush, then director of the Department of General Services, approached the university seeking to create a transformational program that would deeply enrich upper-level managers and executives working in state government.

Kelso, Bush and Dave Gilb, then director of the California Department of Personnel Administration, became the first program sponsors guiding the initial cohort of executives and managers toward more enriching state service careers. Twenty cohorts later, sponsorship remains a key element in LGE’s success. Each cohort has 25 participants, each nominated to apply by a supervisor and sponsored by their department or agency director. Sponsors invest deeply in the success of their participants and the department or agency they both serve. After each monthly session, CCE encourages sponsors to meet with participants to discuss how they can apply the principles learned and provide feedback. Throughout the program, participants receive continual input from their sponsors, instructors and peers.

CCE specifically designed the LGE program to create a community of practice between participants by offering maximized networking opportunities with their peers. Participants work collaboratively and share best practices in an environment that promotes and values learner-to-learner interaction.

“When you work with and learn from fellow leaders in state government, you learn how each agency interacts and is dependent upon the next,” says Selvi Stanislaus, executive officer of the Franchise Tax Board who regularly sponsors her staff members. “You come to appreciate the silent partnership that exists in state government.”

“As we touch more and more people there’s a common core of what’s being transacted and that helps solidify impact as people share common experiences and understanding,” says Guido Krickx, dean of CCE. That shared knowledge and solid network goes a long way when participants return to the day-to-day task of leading a government that employs 221,000 people.

“We love this program,” says Jenni Murphy, CCE’s interim associate dean. “We’re in Sacramento, we’re in the capital and we live and breathe government. Because we think of state government as one organization with one CEO, the governor, we design professional development to meet the needs of California as a whole, not just the needs of a single unit, division, department or agency.”