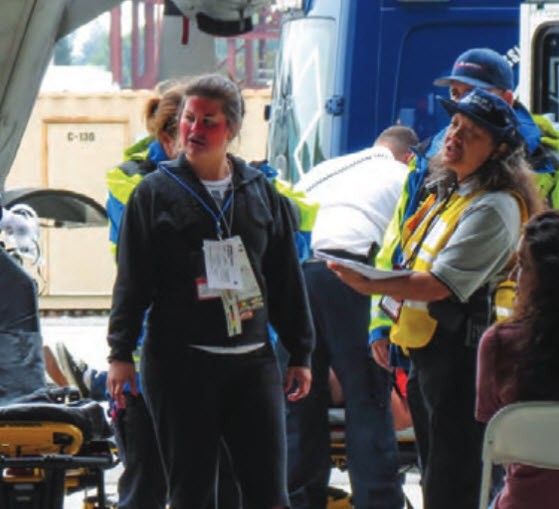 It was hot and dry at Moffett Federal Airfield in California’s Bay Area as cars passed through military checkpoints and snaked around the periphery to a designated parking lot. More than 420 medical professionals, disaster coordination team members and student volunteers arrived on that day to participate in Golden Guardian 2013, a large-scale disaster simulation that tested the salt of emergency medical teams from across the state.

Implemented in 2004 by then Governor Arnold Schwarzenegger, the Golden Guardian Statewide Exercise Series coordinates government and private sector organizations in response to catastrophic natural and man-made disasters. This means planning for everything from earthquakes to terrorist attacks, each requiring different equipment and personnel. Planning and systems maintenance is a year-round job, but the best way to test the efficacy of these systems is to vet them in the field.

The California Emergency Medical Services Authority (EMSA) is just one of the government organizations involved in statewide disaster planning and the main organizer of the EMSA Disaster Medical Response Training and Exercises of 2012 and 2013 affiliated with the Golden Guardian series. Simulations include mobile field hospitals, operating and emergency rooms, a central supply area, a trauma ward, an Intensive Care Unit (ICU), a Hospital Administrative Support Unit (HASU) and short-term shelters.

Dr. Howard Backer, director of EMSA, leads the organization in establishing and enforcing state and federal disaster preparedness standards. “Large-scale functional exercises are very complex and involve a huge amount of planning and logistics,” explains Backer. “We have a very small staff, so supporting administrative tasks isn’t possible without the help of an organization like Sacramento State.”

“This is about as close as one could get to a real-life disaster without being in harm’s way,” says Backer. “Although we plan for disaster response year-round, nothing compares to putting medical and administrative personnel into a full-scale exercise with a realistic scenario to ensure readiness.”

Preparedness training on this scale is specifically designed to better equip some of California’s finest medical volunteers, whose mission is to rapidly deploy and treat patients within hours of a large-scale disaster.

The art of applying mock injuries for the purpose of training emergency response teams and other medical and military personnel.

The scene at Moffett Airfield’s Hanger #3 in 2013 was as realistic as it gets, especially when the “victims” arrived. Sac State emergency medical technician and paramedic students were assigned various crush injuries associated with the simulated earthquake scenario and professionally moulaged. They then demonstrated appropriate symptoms so the disaster health care volunteers could triage, treat and transport victims just as they would in real life. 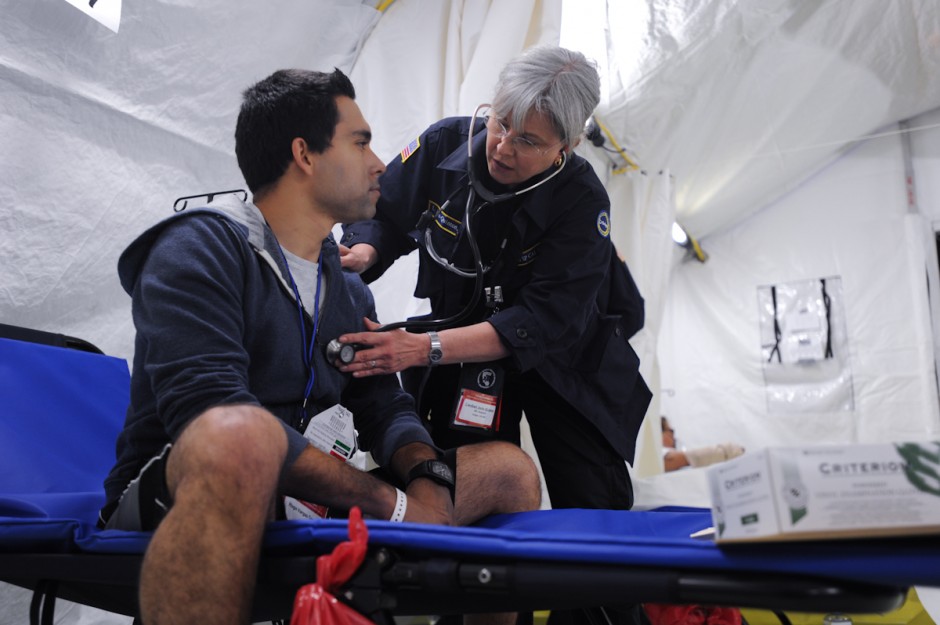 Susan Gonzalez, director of CCE’s Conference and Training Services Unit, describes the partnership with EMSA as a service to the agencies involved, as well as to the student participants. “We’re not only helping to meet the training needs of professionals in the health care and emergency response industries, we’re providing real-world experience to our students. Delivering rich experiences outside the classroom is key to a robust education.” The students also had an opportunity to job shadow the medical teams, ride along with paramedics and visit the observation area.

“We examine every CCE partnership through a lens of creating win-win scenarios like this one,” says Gonzalez. “Our students gain invaluable insights into their fields while providing volunteer services. And in the end, we’re all dedicated to saving lives.

Through its work on the simulations, the Sac State campus and staff have become integral to the state’s overall disaster preparedness plan. Bill Campbell, a contract manager for EMSA, works closely with the university. “The Sacramento State team was instrumental in planning and coordinating the event,” says Campbell, “which also includes the mandated cycle of disaster training and evaluations.”

“We love to engage in projects that run full cycle where we not only help with planning and logistics on the front end, but also work with the client to create after-action plans for retraining on areas that demonstrate challenges,” explains Gonzalez . For Golden Guardian, EMSA creates an extensive after-action report to analyze medical, transport and communications systems to identify gaps and areas for improvement.  After taking corrective action, EMSA repeats the cycle with a stronger skill set and a new disaster training scenario. 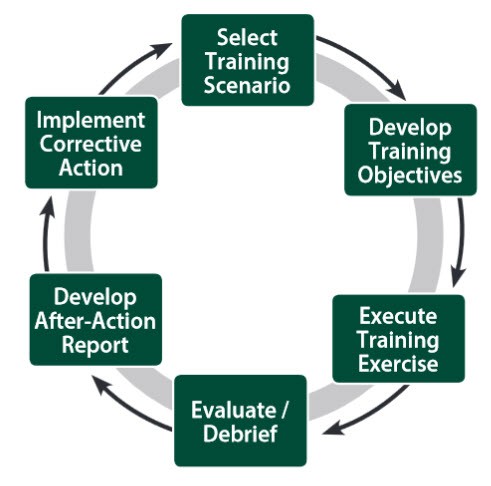 California, with all its beauty and grandeur, is a high-risk disaster prone state. “We know we’re going to have large-scale earthquakes, not just in one area, but throughout,” says Backer. “There can be a plan in place, but unless you practice what that entails, there will always be questions of the plan being realistic.”

In addition to creating the necessary infrastructure and training, the Golden Guardian event remains an important place for emergency medical responders to network and share ideas.

Michael Petrie, EMS director and chief for Santa Clara County, has been involved in emergency preparedness and disaster planning for almost 20 years and insists that interagency partnerships and long-term relationships are priceless when a disaster actually hits. “Anyone can call a number and get a laundry list of referrals, but after years of creating friendships at events like these, I’m able to call someone’s personal cell phone for recommendations. That can mean a world of difference in a time of crisis,” says Petrie. “These types of comprehensive exercises are the most difficult to pull off, but they’re the only kind that allow you to validate that the processes work.”

The agencies and disaster medical volunteers are also looking for flaws. “That’s why we do this,” explains Lee Sapaden, assistant division chief at EMSA. “Identifying what doesn’t work now means we can fix flaws before real disasters strike.” The disaster simulations test, validate and strengthen systems, build relationships and give volunteers an opportunity to put their training to work. “These things make a tangible difference in the safety of California residents.” 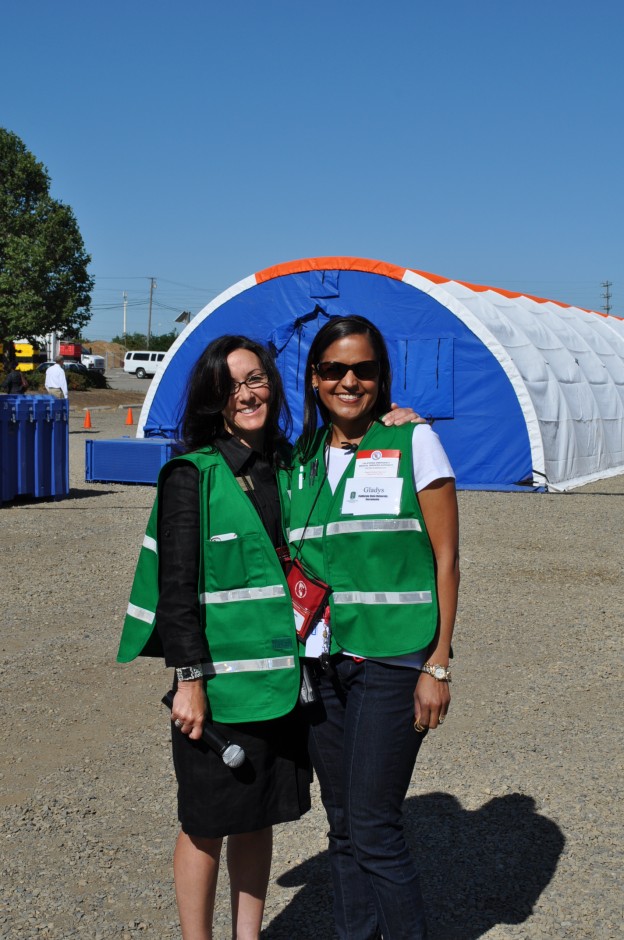 “It’s not a matter of if,” says Gonzalez, “It’s when.” With trained and ready medical agencies throughout the state, money and resources won’t be wasted in the frenzy that can occur during disasters like the ones EMSA and like agencies prepare for.

Disasters have no economic, social or political boundaries and people expect their government to protect and serve. “Ultimately it’s about saving lives,” says Gonzalez. “The more prepared disaster responders are, the more organized we are as a community, the better off we’ll be in the event of a disaster.

Back
This item appears in:
Article February 9, 2017 Access Magazine,Summer 2014 Issue