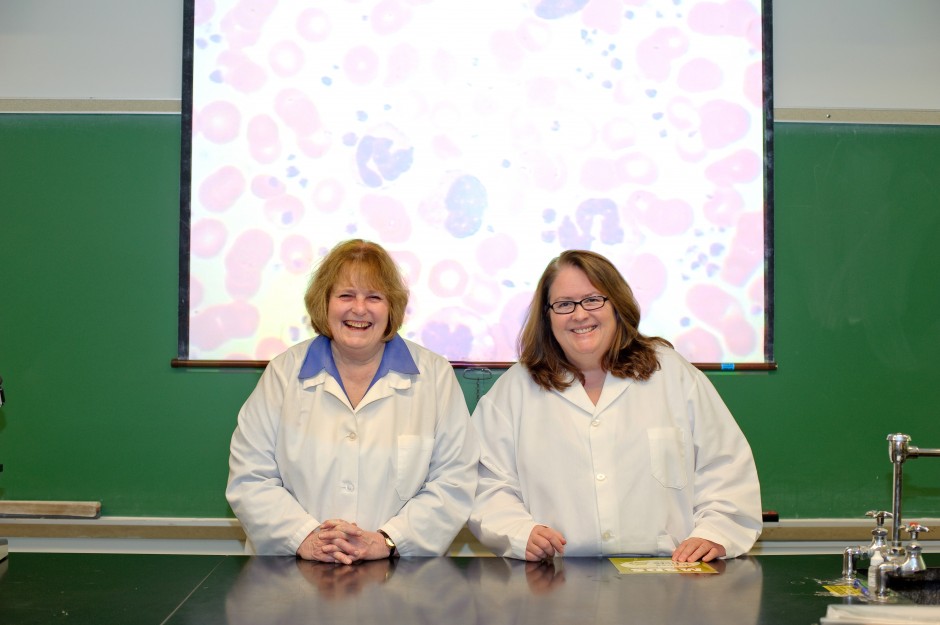 As vampires invade pop culture, novels, movies and television shows are rife with characters with a serious thirst for blood. At Sacramento State, the fascination with blood—in a clinical sense that is—has achieved international precedence.

Dr. Rose Leigh Vines, chair of Sacramento State’s Department of Biological Sciences, started teaching the hematology course in 1979 and says its popularity has sky-rocketed over the last decade.

In 2001, Vines and Dr. Jane Bruner, a former student now a professor at California State University, Stanislaus, began to explore ways to extend the course’s accessibility to students at Bruner’s campus and beyond.

“We are both licensed clinical lab scientists and recognized a shortage in the profession due to the lack of availability of required classes,” says Bruner, who has served as president of the California Association for Medical Laboratory Technology. “We have a real passion to keep the profession going strong and with the help of [the Sacramento State College of Continuing Education] we were able to expand the class and take it statewide.”

In spring 2007, CCE teamed with the instructors to facilitate statewide expansion of the class allowing even greater enrollment.

As a result, 85-90 students throughout California now watch the lecture series, taught by Vines and Bruner live for their individual sites, and participate in required exams at Sacramento State, Stanislaus State and 13 other campuses within the California State University, University of California and community college system.

The one-time pilot program’s overwhelming success as a distance learning model then attracted global interest. Clinical Hematology will graduate to international status in summer 2011, when the students from APOLLON, Wilhelm Büchner’s College of Allied Health Services in Germany, enroll in the course through CCE.

The opportunity to teach at the global level thrills Vines and Bruner. Despite the international audience, they claim that teaching the German students requires minimal changes to their materials and teaching methods.

“Essentially, they want us to teach our existing course, in English,” says Vines. “The only thing they would like to add is material on lab management, so we’re bringing in lab manager associates to share about their occupations with the German students.”

To prepare for their new students, Vines and Bruner have developed an image and lecture database into information modules that will be streamed online to the German students. After participating in the interactive lectures via email or Skype, the students will travel to Sacramento State for three weeks to complete lab work, study microscopic techniques and experience American culture.

For Vines and Bruner, the process is a labor of love. ”It’s a lot of work keeping track of students all across the state, and now around the globe” says Vines. “But we do it for the love of the clinical sciences. It’s really important and we feel we are making a difference.”

This article originally appeared in the Winter 2011 issue of Access Magazine. It has been edited for length and clarity. Article written by Lynn Machon.