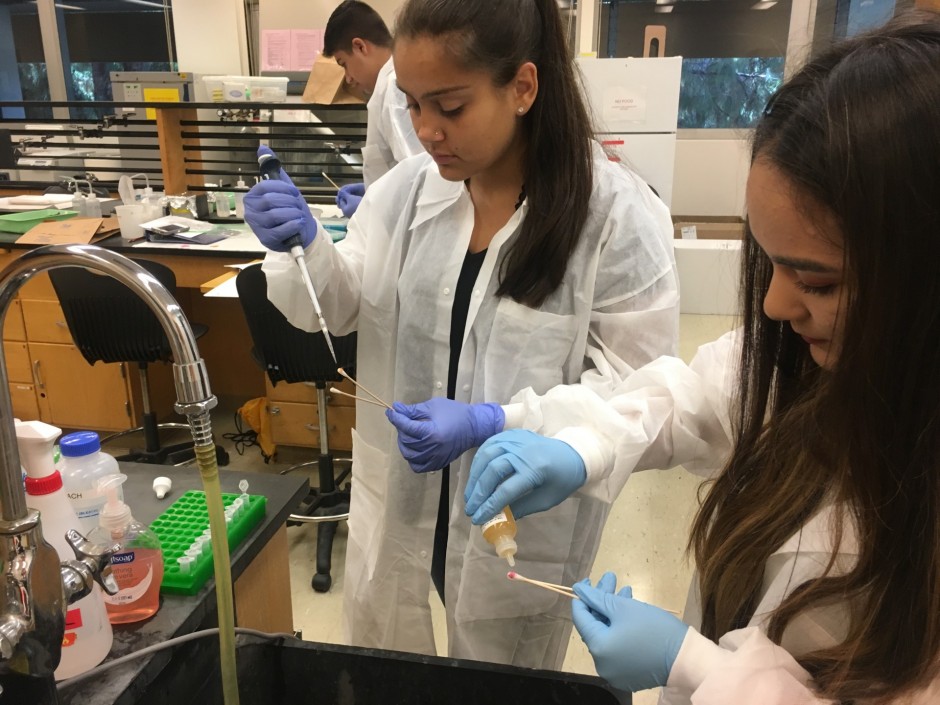 This year’s Summer Academies for High School Students at Sacramento State are giving local teenagers practical, hands-on experience in industries that are both new and hundreds of years old.

Welding and Fabrication, Data Science and Digital Forensics are some of the new programs added to Summer Academies, a series of weeklong courses aimed at introducing high schoolers to potential career fields as well as life on a college campus.

The idea behind all of the academies, which run in four weeklong sessions beginning June 24, is to blend both real-world experiences with college-level learning, says Anna Keck, a program manager with the College of Continuing Education, which administers Summer Academies.

“We really want kids to be able to envision themselves going to college, but also have that real-world application,” Keck said. “That’s especially important for the parents who want their kids to have jobs after college.”

Hospitality and Tourism and Public Relations Communication round out the new offerings for this summer, joining established programs such as Law Enforcement, Engineering and Robotics, Entrepreneurship and Future Teachers. Up to 390 students will participate in 21 sessions this summer, a roughly 22 percent enrollment increase from 2018. Most of the classes are taught by Sacramento State faculty, and most include one or more field trips to local businesses or other organizations within the industry.

The Summer Academies program began in 2012 as a way to bring school-age children onto campus and provide insights into possible careers, showcase Sacramento State faculty and give the students a taste of college life. Nineteen students attended two academies – Biotech and Health Care Careers – that first summer. The program has no admissions requirements, and some donor-provided money for tuition assistance helps ensure no student is turned away for lack of ability to pay.

Rustin Vogt, a Sacramento State mechanical engineering professor, has taught the Engineering and Robotics summer academy for five years and said the popularity of his welding and fabrication class – a requirement for first-year mechanical engineering students – inspired him to create an academy based around the topic for this year. Students will have an opportunity to learn skills such as brazing and welding and to work with shop equipment.

“It’s a really, really practical thing that a lot of people don’t get a chance to do, especially if they get into a very technical degree,” Vogt said. “Having this as an opportunity is something I really wanted to do.”

Hands-on projects are the centerpiece of most of the academies. Students in the Fire and Emergency Services class will learn how to perform CPR, while those who take the class on entrepreneurship will end their week with a pitch competition. In Drew Reams’ DNA Forensics academy, participants will spend the week collecting and analyzing evidence from a mock crime scene – collecting samples, taking photos, using modern molecular biology techniques for producing and analyzing DNA evidence, and eventually solving the crime.

Reams also will discuss real-world examples of how forensic biology has been used to solve cases, such as the local Golden State Killer case, and include a brief tour of the Sacramento State campus so the high schoolers can begin to picture life as a college student.

“When I was young, they had summer camps, but it was, go out to a lake or go out to mountains and play games,” said Reams, an associate professor of biological sciences.  “This is different. It actually prepares them for college and puts them on a college campus.”

It’s especially important, says Keck, to enroll students who come from underserved backgrounds and might not otherwise have an opportunity to participate in a summer-enrichment program. Those efforts, she said, fit perfectly with President Robert S. Nelsen’s vision of the University as an “anchor institution” for Sacramento, engaged with and invested in the community.