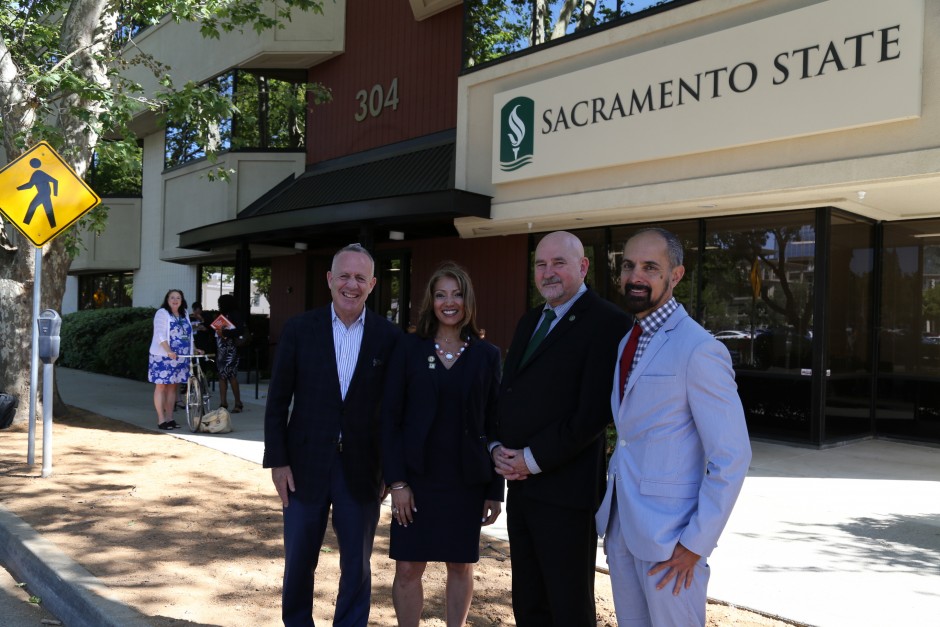 While the state faces a critical shortage of educated workers, an often overlooked demographic could provide at least one of the solutions — working age adults with some college but no degree or postsecondary credential who need support finishing what they started.

“We’re in a knowledge-based economy that demands higher skills,” said Jade Arn, director with the nonprofit Council for Adult and Experiential Learning.

“There’s a real economic imperative to get them back in the education pipeline,” she told the audience at the inaugural Summit on Educational Attainment for Working Age Adults. The event brought together leaders in business, government, education and the community, each sector with an essential role in increasing adult educational attainment.

Currently in Sacramento County, 39.6 percent of working age adults have at least an associate’s degree, compared with 48.2 percent in Yolo and 50.6 percent in Placer, according to the Lumina Foundation.

A single number doesn’t tell the whole story of a community, but it does serve as “a proxy for an advanced economy,” said Bill Mueller, chief executive officer for Valley Vision, who opened the summit. “If we’re going to compete, we have to boost the numbers.”

Sacramento State and Align Capital Region hosted the summit, which introduced ProjectAttain!’s ambitious goals to increase the number of working age adults with a degree, certificate or credential to 60 percent within the next decade.

Presenters from around the country shared their experiences implementing programs and linking education to opportunity. “In Kansas City, we had to show adults that a certificate translated into an above-average paying job,” said Cedric Deadmon, outreach and advising project manager, KC Degrees Mid-America Regional Council.

For older students with sometimes conflicting the path to success rarely follows a straight line.

“There are points where we can lose them,” said Jessica Gibson, an assistant executive director with the Tennessee Higher Education Commission. Tennessee’s program responded by adding a navigator to advise and encourage adult students “from start to finish.”

The summit also featured three mayors from our region: Preet Didbal from rural Yuba City, Christopher Cabaldon from the port city of West Sacramento and Darrell Steinberg from urban Sacramento. All three have launched successful initiatives around youth and education, and each one embraces ProjectAttain!.

The three mayors agree that a significant cultural shift will have to take place in their communities. Conversations have “to be a two-way street between business and education,” said Didbal, a Sacramento State alumnus and the first female Sikh mayor in the country.

CCE Dean Jenni Murphy, who is spearheading ProjectAttain!, has traveled the route herself as an adult student and a working mother and has researched the topic for nearly a decade. “Completing formal education is a pathway to a better life for individuals and their families,” she said. “ProjectAttain! serves as a catalyst to improve our communities and our region’s economic vitality.”