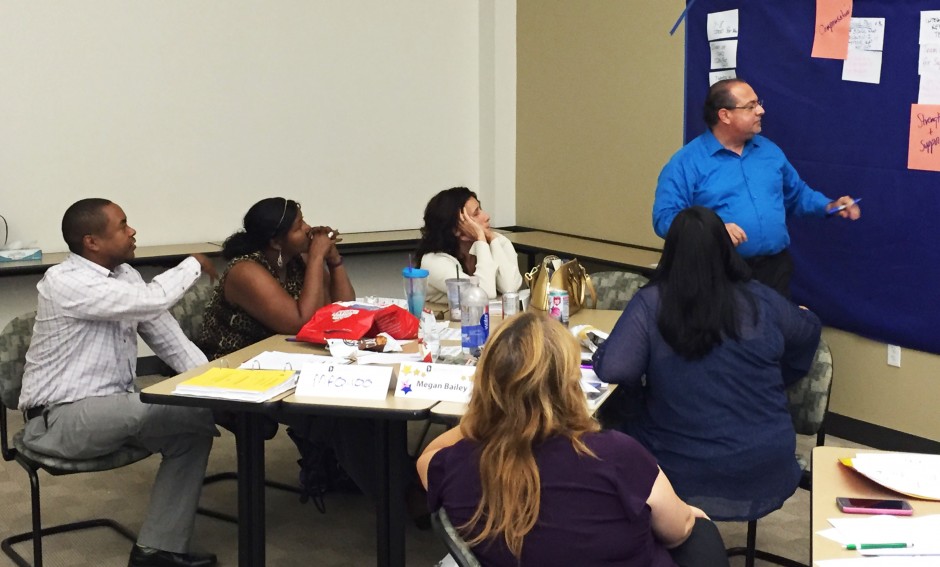 A group of job coaches gave an old concept a new twist. Their employer, the Sacramento Employment and Training Agency (SETA), sent them through the Workforce Development Professional Apprenticeship Program, the first apprenticeship program offered at Sacramento State and an untried model for the State of California. 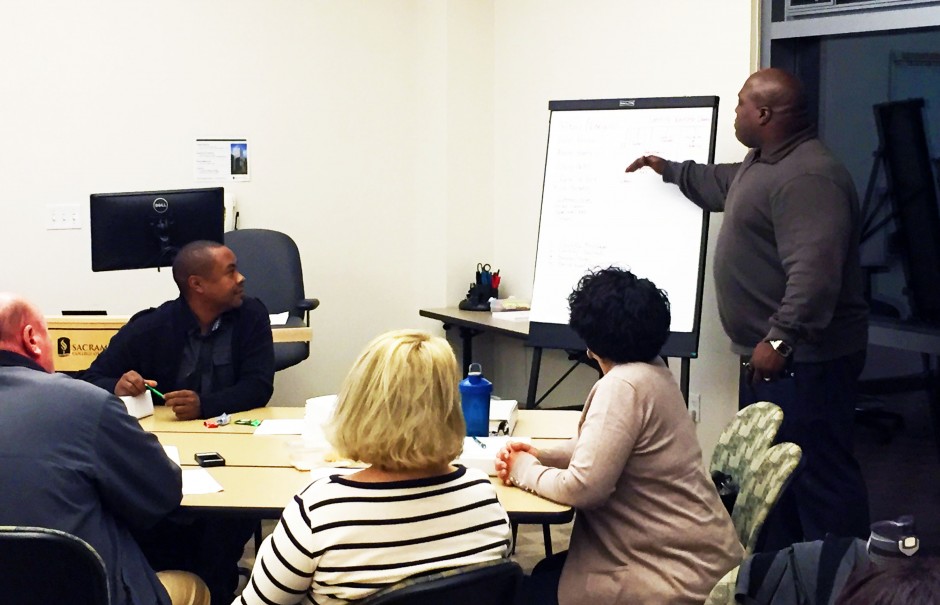 Ira Ayers worked in human resources and with foster youth before he was laid off. When he became a job coach, Ayers wanted his clients to know he’s been in their shoes, and that they “are not alone.” 2016. (Babette Jimenez/College of Continuing Education)

“We learned economic development,” explains graduate Ira Ayers, a job coach and workforce development professional. ”We’ve learned how to reach out to companies, how to strategize and equip workers to be ready for an employer.”

He credits the program for expanding his thinking, how to be a better communicator and adapt to changing circumstances. “I feel like the program has enhanced my ability to perform my job. I think we’re better equipped,” Ayers says.

Three of the graduates accepted new jobs at the California Workforce Association (CWA) as program managers, and a fourth took on a new role at the California Environmental Protection Agency as a program analyst.

“The apprenticeship program was a true turning point in my life,” says Brandon Anderson, a program manager, who is handling million-dollar training programs at CWA. He started out as an unemployed opera singer, who was hired by SETA as a clerk and typist. He was promoted to a job coach, where he prepared people with disabilities to enter the workforce as viable job candidates.

Anderson earned a spot in the apprenticeship program.

“I have learned so much higher level thinking from this apprenticeship. It has entirely changed the way I interact with my customers and my coworkers, for the better.” – Brandon Anderson, graduate 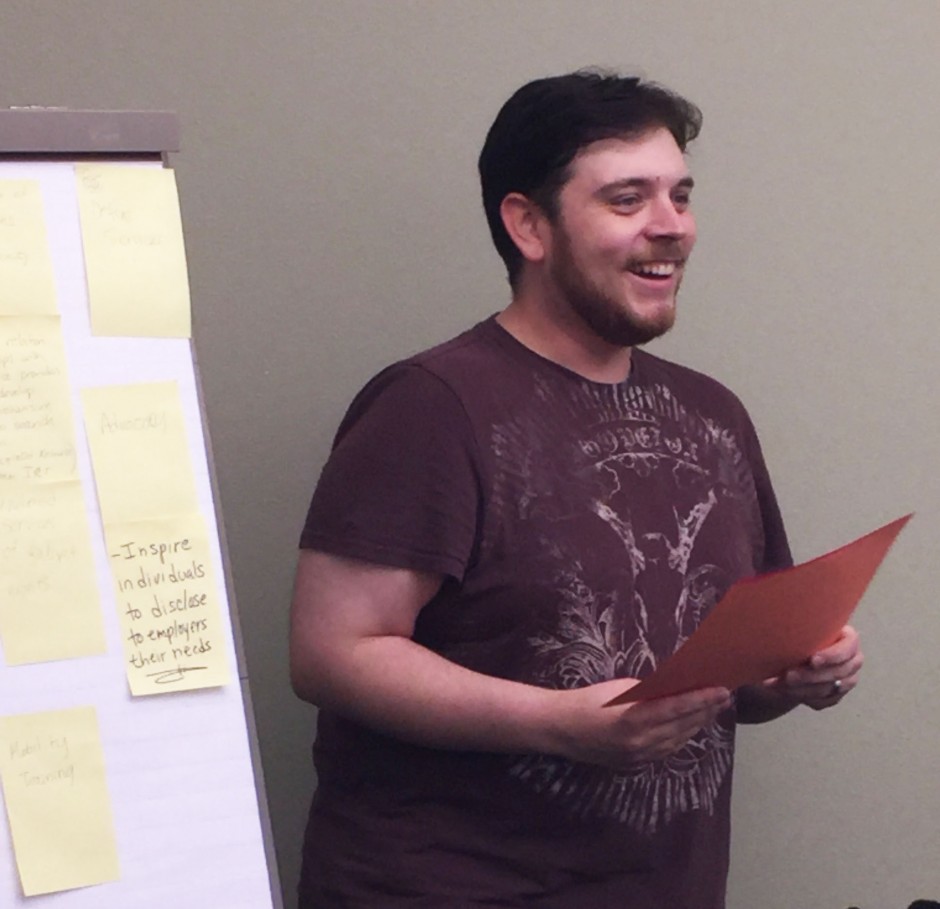 Workforce development professional Brandon Anderson, who’s an opera singer with a bachelor’s degree in music, finds a new audience to connect with during a class presentation, 2016. (Babette Jimenez/College of Continuing Education)

Anderson says he learned better ways of communicating. “I have learned so much higher level thinking from this apprenticeship. It has entirely changed the way I interact with my customers and my coworkers, for the better.”

Anderson says he also learned to see an even bigger picture of workforce development. “We’re not just engaging employers and job seekers but bringing community resources together to help customers on their path to finding full-time employment.”

Anderson took an unexpected path to his own full-time and fulfilling employment. In fact, at least one-third of the participants in the first cohort had been unemployed at one point in their lives. They know what it feels like.

“This program aligns with the federal Workforce Innovation and Opportunity Act (WIOA) and has the potential to serve as a model for professional apprenticeships in other industries.” - Kathy Kossick, executive director, Sacramento Employment and Training Agency

Workforce development professionals now “share a common set of skills.” And Kossick says the program’s reach can go even further, that the educational arm of the apprenticeship “has the potential to serve as a model for professional apprenticeships in other industries.”

Diane Ravnik, chief of the California Division of Apprenticeship Standards, agrees with Kossick’s assessment, that CCE’s apprenticeship program can serve as a standard for workforce development agencies and as a model for new professional apprenticeships.

Interest in the Program Grows 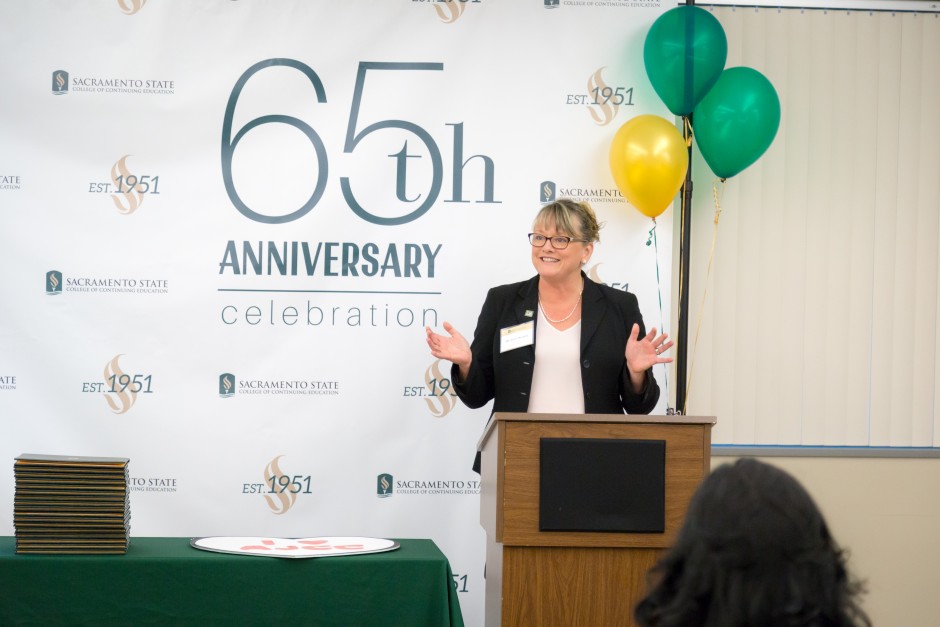 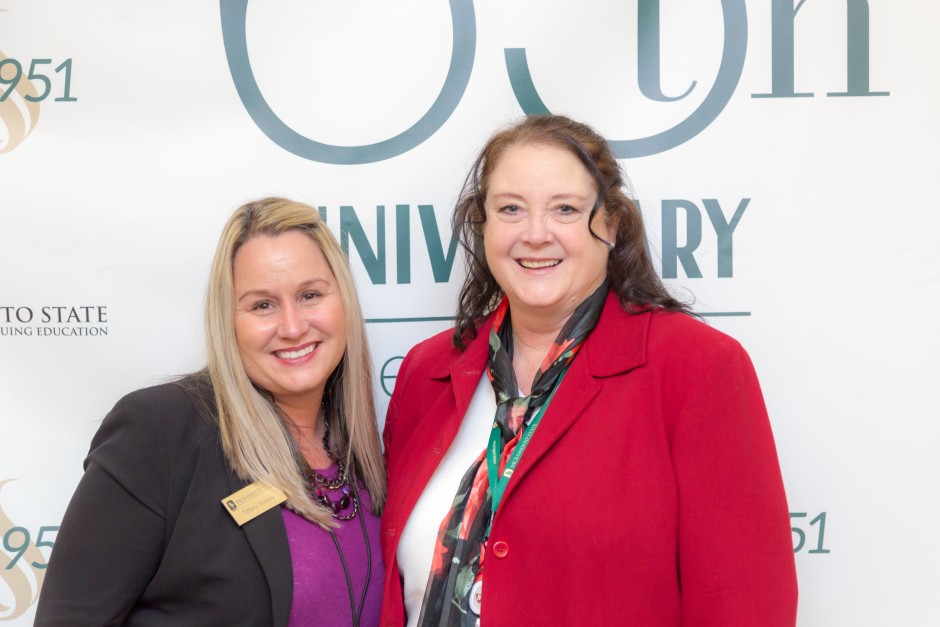 Lanter sums up the Workforce Development Professional Apprenticeship Program’s six-month progress report: “I have been able to witness the development of a one-of-a-kind training program that is paying huge dividends to the employers and employees in the workforce program. CWA and our members stand fully in support of this effective program.”

Please check out “Apprenticeship Provides a Blueprint for the Future.“

The Workforce Development Professional Apprenticeship Program was made possible in part by a grant from The Commission on the Extended University.