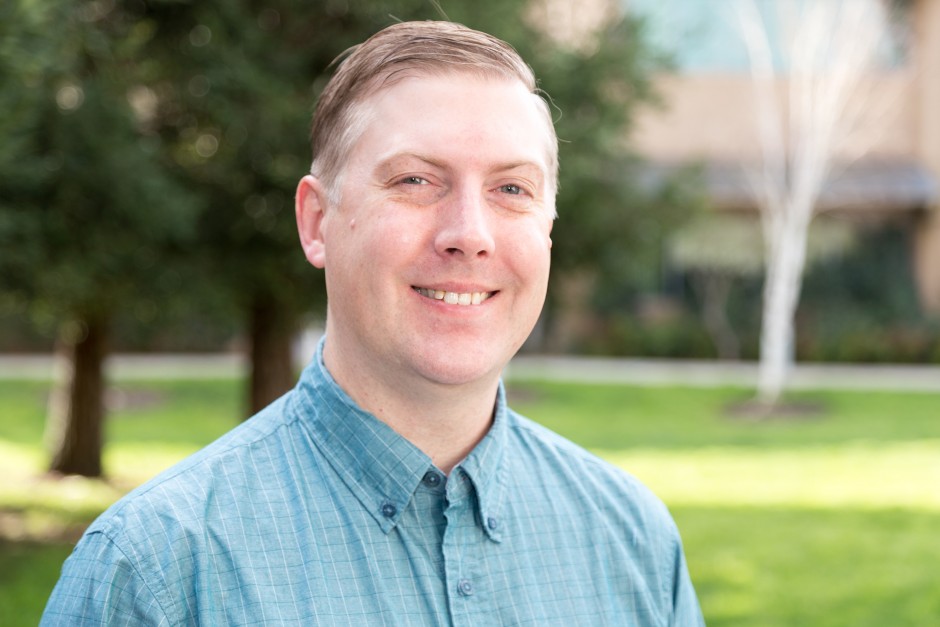 If you can decipher “PB&J,” then without a doubt you can start coding, as in writing a computer program, says computer scientist Devin Cook.

“Students might believe that computer science is difficult or complicated or frustrating,” Cook says, “but if they can write down how to make a peanut butter and jelly sandwich, they can program a computer. It’s the same exact thing.”

Students will learn “how to think logically, to break down a larger problem into smaller parts,” he explains. “It’s what you do in computer programming. You solve a problem.”

Cook has been coding since the sixth grade when he received a Commodore 64 computer as a gift. “A beautiful little machine,” he says. “It was just me playing on the computer. I sat down and learned how to program it.” And from that moment on, he knew he wanted to be a computer scientist.

Cook earned both his bachelor’s degree and master’s degree in computer science at Sacramento State and has taught at the University since 2005. He also designed the software that students will use in the Coding Academy, basically a flowchart programming language called Flowgorithm.

“If they can text message, they can do this,” he says. “It’s extremely simple.” Making computer science accessible and fun is one of his goals, and closing the gender gap is another.

In his classes, for instance, two-thirds of his students are male and only one-third female. Cook doesn’t want either gender missing out on this ever-expanding field, “anything from designing buildings to writing the next version of Microsoft Windows to working for Google.” And it starts with coding and understanding algorithms.

“An algorithm is basically a series of steps to perform in order to accomplish a task,” he says, just like making a PB&J. “That’s an algorithm.”

The other new course, the Cyber Security Academy, will focus on a growing concern in computer science – defense, says computer science professor Jun Dai. Read his story: from gamer to defender.

Registration for the Summer Academies for High School Students opens on March 1.

Click here to learn more about the program and see videos and photos of the Summer Academies. TV personality Courtney Dempsey from “Good Day” popped in for the kickoff of the 2017 Summer Academies for High School Students at Sacramento State. She was particularly interested in the two new additions to the line-up: the Coding Academy and the Cyber Security Academy. So she caught up with the two computer science professors who put it all together: Devin Cook and Jun Dai.