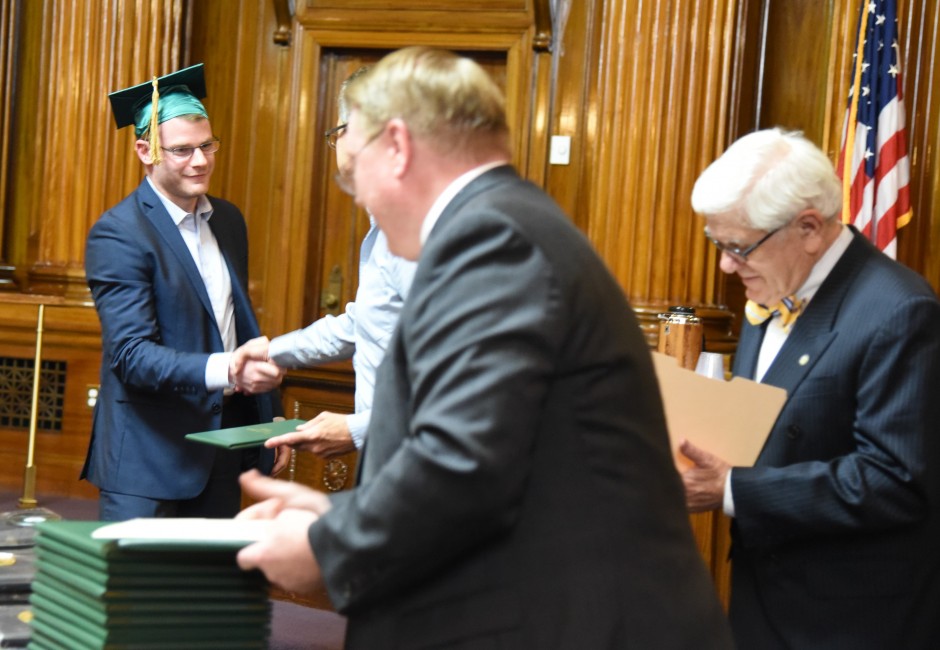 At 31, Jason Galkin is the youngest CEO, court executive officer, in California. He studied law and passed the California bar exam, but he didn’t practice law.

Instead he negotiated contracts, first for private companies and then for Orange County Superior Court. He was working as a senior contract administrator when he entered the Graduate Certificate in Judicial Administration program at the College of Continuing Education.

Today, he is the CEO of the Nevada County Superior Court. Jason shares his story:

“I was drawn to the role of court executive after some time in the branch and hearing some wise words from Orange County’s CEO about his passion for the career: in this role we can improve the administration of justice to far more people than we ever could as individual attorneys.

As far as my promotion, I had hoped for a chance to expand the breadth of my work experience – thinking I wanted to be a CEO in perhaps 10 or 15 years’ time. I reached out to two of the program’s teachers to tell them of my goals and ask for advice and recommendations if they had any. I was shocked when it was suggested that I might apply for the position I now hold.

After more than a few discussions with friends, colleagues and executives I had met (along with a mountain of research to prepare), I applied. To this day, I’m still surprised things worked out and attribute it to luck and the fact that a handful of people, including the amazing judges here in Colusa, saw in me a potential that I was not always confident I had.

I wouldn’t be a CEO without the Judicial Administration program. The program gave me the confidence, awareness, and knowledge to feel competent in tackling the wide range of responsibilities of a CEO. It gave me an opportunity to really delve into the issues facing the branch and the leadership skills needed to tackle them. I was able to really improve on my ability to network and collaborate with others – something that is really important for improving the administration of justice statewide, not only between court executives, but also with other stakeholders.

I know a good number of the newer CEOs have gone through this program, and I think that serves as a testament to the ability of the program to help forge future court leaders.”

If you would like more information, please visit the Graduate Certificate in Judicial Administration web page or call (916) 278-5878.