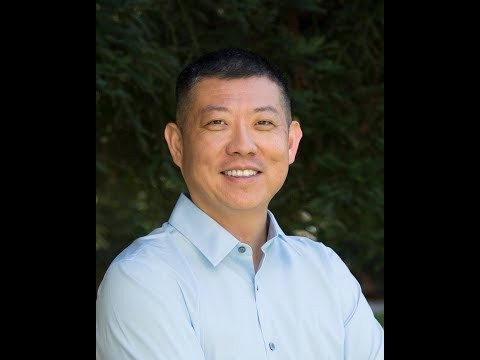 “I did a lot of networking and met great people through these programs. That’s invaluable.”

Update: In 2019, Richard passed his Project Management Professional (PMP) exam and became a certified PMP. He changed jobs within Apple and continues as an engineering project manager.

Richard Zhao lost out on a promotion because he didn’t have a college degree. The setback, though, propelled him back to school. Once Richard earned his bachelor’s degree in management information systems at Sacramento State, he made a promise to himself –  he would never be caught lacking again.

Now a project manager at Apple, Richard got strategic about his career and education. He earned professional certificates at the College of Continuing Education in project management and Lean Six Sigma Green Belt, credentials that are highly valued by employers. In addition, he earned a master’s degree in business administration from University of Phoenix.

Richard learned from certified instructors in project management who “live and breathe the trade. They’re bringing real-life cases and encouraging the rest of the classroom to share their experiences,” he explained. In Lean Six Sigma, he learned new ways of thinking, with techniques in efficiency that improved the flow of his complex information technology (IT) projects.

Richard says the investment in his education not only made him more valuable as an IT project manager, his professional circle grew as well. “I networked with seasoned professionals and met a lot of great people with similar career interests as myself. The relationships are invaluable.”

Richard has come a long way in his life and career. His family pulled up roots in China and emigrated to the US to run a restaurant. He was 14 years old, didn’t know a word of English and struggled through school.

After high school, Richard started at a community college but says he “wasn’t ready to handle college life.” He dropped out and took a temporary job at a call center, but better jobs were passing him by because he lacked a college degree and work experience.

He promised himself he’d return one day and finish his education. Richard found mentors at Sacramento State and “a lot of other immigrant kids who were making it and getting ahead. It made me confident that I could succeed in that environment.”

Richard became the first college graduate in his family, and his career has been on the move ever since. For more than a decade, he’s been a project manager at Apple, overseen major IT projects and consistently earned raises. “I am where I am because I never stopped learning.”

If you would like to learn more about our Project Management, Lean Six Sigma Green Belt and Business Analyst professional certficate programs, please visit our Business Strategy Certificates web page.