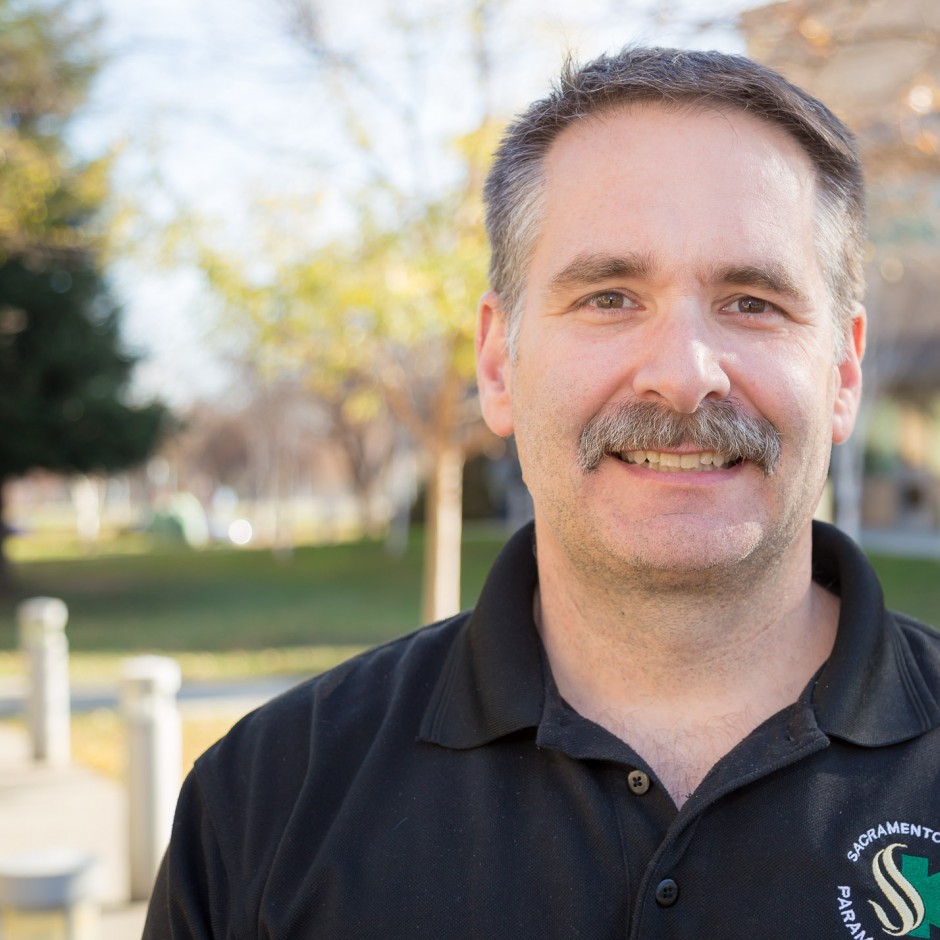 Jeff Cooke has been with the Sac State Paramedic program since its start in 2009 and has always been a student favorite. Jeff spent the first 10 years of his career in EMS as an EMT and later a Paramedic with a private ambulance company in Stockton, California. In 1994 he was hired with Sacramento City Fire Department and has been serving the community of Sacramento as a Firefighter/Paramedic since. Jeff has worked in multiple capacities for Sacramento Fire Department including Rescue and Hazmat specialties. In 1995 Jeff joined the FEMA Urban Search and Rescue (USAR) team and has responded to several large-scale national disasters, including Hurricane Katrina and the Oso, Washington landslides. When not on a strike team Jeff continues to work with USAR as a Hazmat Team Manager and participates in yearly trainings and drills. Jeff has a Bachelor’s of Science Degree in Psychology and received a Master’s Degree in Emergency Management through California State University, Long Beach in 2015.