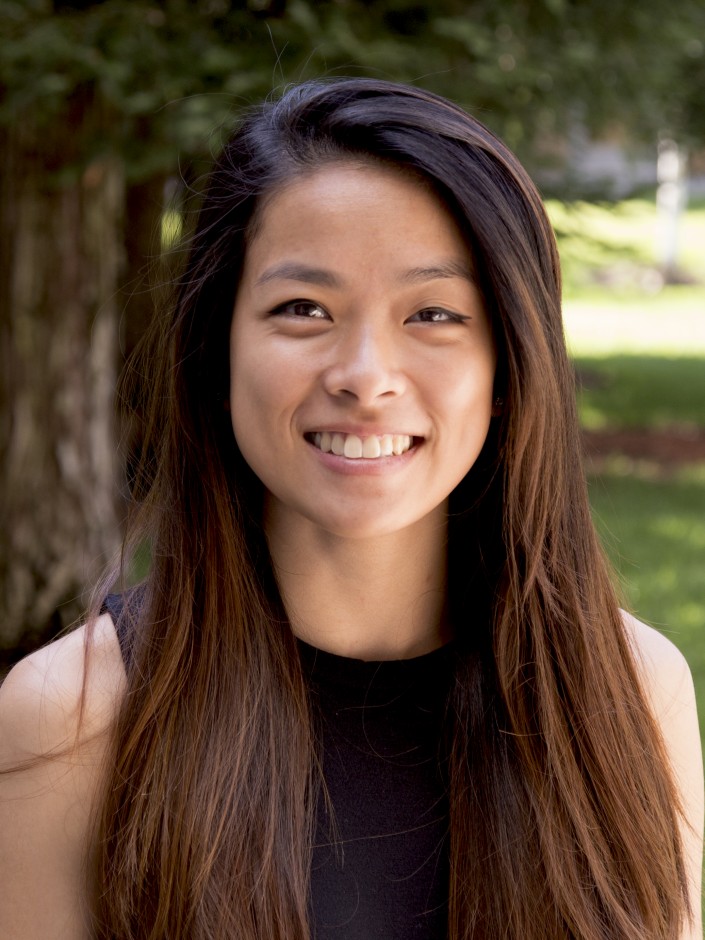 Wendy La was the first in her family to go to college. She earned a degree in psychology but later realized her passion was working in speech pathology with children. She found a degree program tailored to her needs at Sacramento State.

“I knew I wanted to work with kids, and I can work with them one-on-one.” – Wendy La

Wendy La shared the story of a child about three years old, who was delayed in his speech and knew only one word, “open,” when he started speech therapy. Using hand gestures, picture cards and an iPad, the boy began uttering three-word sentences for the first time. And Wendy responded with three favorite words of her own: “You did it.”

Wendy had her bachelor’s degree in psychology and social behavior when she started working towards a career in speech pathology. “I was very thankful for this program, it fit perfectly,” she said.

The Second Bachelor of Science in Communication Sciences and Disorders was created for college graduates, like Wendy, who have a bachelor’s degree in a different subject but want to pursue a career in speech pathology. Wendy earned her first degree in psychology at UC Irvine.

Many of Wendy’s classmates had longtime careers in other fields before they switched to speech pathology. Sacramento State offered an accelerated program to complete their second bachelor’s degree in only 16 months.

“The professors are so enthusiastic and care about this field. And they cared about us,” Wendy said. “I felt confident being their student.” In addition to teaching, each professor is a practicing speech-language pathologist. Some work with children and others treat traumatic brain injuries or conduct research.

Wendy called one of her favorite professors, Dr. Celeste Roseberry-McKibbin, “a bundle of sunshine” who put a smile on everyone’s face when she walked in the room. “She was so joyful,” Wendy recalled, and the class she taught in multiculturalism touched close to home.

Wendy is a first-generation bilingual college graduate, whose parents are Chinese immigrants from Vietnam. “Being a first generation, I know what’s expected of a traditional culture and the American culture, and I’m able to relate.” And she was grateful the program taught students “to have a cultural sensitivity in our field and to help all cultures and ethnicities.”

The bachelor’s program was challenging, she said, “but it’s prepared me for the next step.” Wendy earned a spot in Sacramento State’s master’s program in Communication Sciences and Disorder, a requirement toward her ultimate goal of becoming a speech-language pathologist.

Back
This item appears in:
Student Success Story September 11, 2017